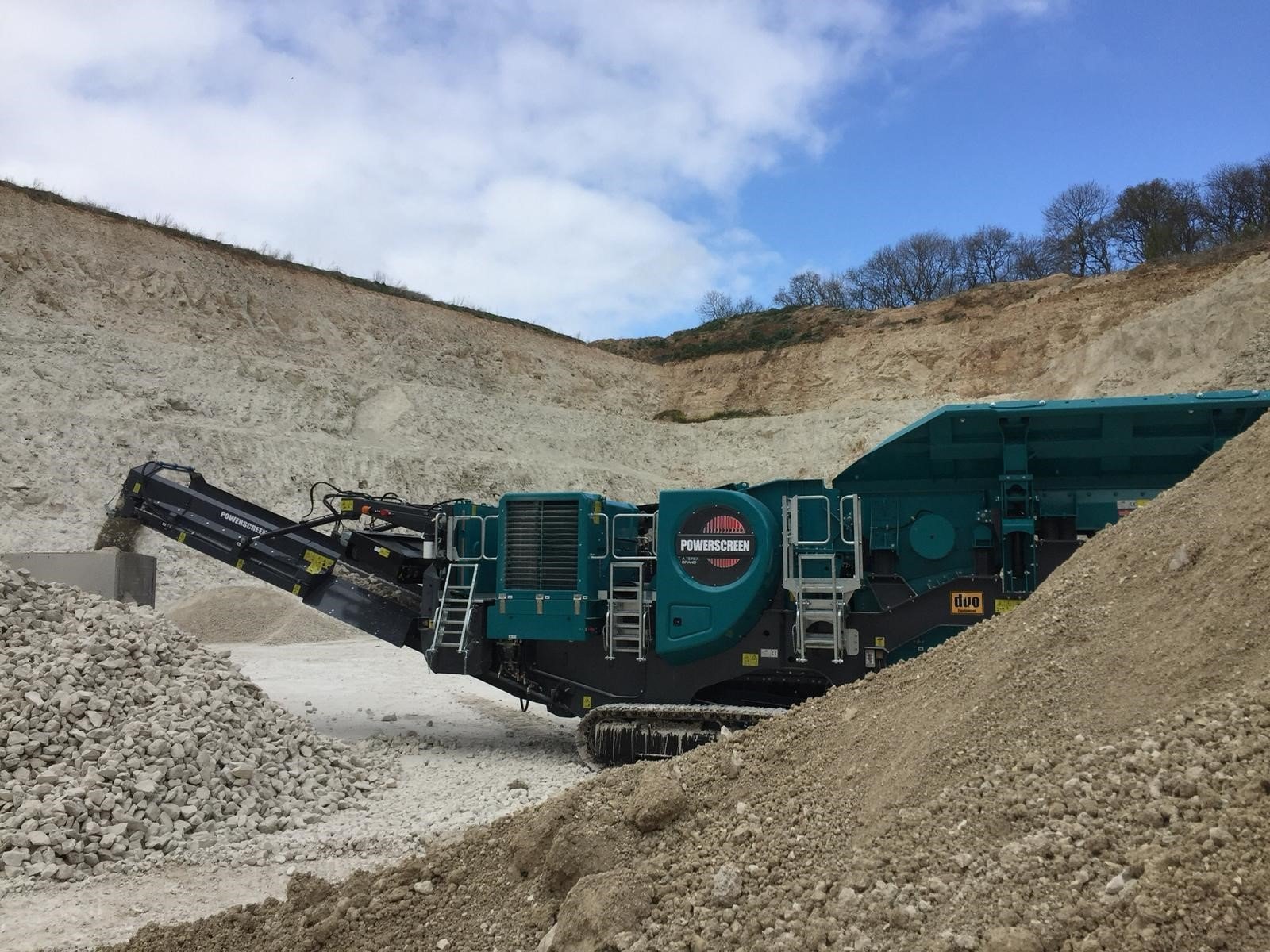 Welton Aggregates, established in 1999 in Welton le Marsh, East Lincolnshire are a family run business who started out as Welton Quarries operating out of Welton Chalk Quarry and Recycling Facility. The company is ever-expanding with a recycling facility in Kirton in Lindsey Quarry, North Lincolnshire where inert soils are processed, and recycled aggregates are washed. They also provide premium yellow and blue limestone to Lincolnshire County Council from their Hibaldstow Quarry.

Welton Aggregates need strong and reliable crushers to keep their quarry running and they made the decision to replace their current crushers on site and chose PowerX Equipment to provide them with a Powerscreen PT400x and a Powerscreen Metrotrak.

The Powerscreen brand offered Welton Aggregates increased production rates onsite and the high residual values of the equipment was a major deciding factor when choosing the best equipment for their facility.

By choosing these specific Powerscreen products they also found that it would lower the running costs for them. No need for movement orders means Welton can quickly react to jobs that come in and also provide flexibility for planning their jobs.

The PT400x offers large output production volumes giving Welton the ability to stockpile a number of different products to meet any spike demands or overcome weather restrictions where crushing and screening isn’t possible.

Jan Smith from Welton aggregates further commented “I am really pleased with my new PT400x. The crusher just does exactly what it says on the tin. It’s a no-nonsense crusher that makes light work of both C and D waste as equally easy as quarried limestone”

Back to all Case Studies
We use cookies on our website to give you the most relevant experience by remembering your preferences and repeat visits. By clicking “Accept All”, you consent to the use of ALL the cookies. However, you may visit "Cookie Settings" to provide a controlled consent.
Cookie SettingsAccept All
Manage consent

This website uses cookies to improve your experience while you navigate through the website. Out of these, the cookies that are categorized as necessary are stored on your browser as they are essential for the working of basic functionalities of the website. We also use third-party cookies that help us analyze and understand how you use this website. These cookies will be stored in your browser only with your consent. You also have the option to opt-out of these cookies. But opting out of some of these cookies may affect your browsing experience.
Necessary Always Enabled
Necessary cookies are absolutely essential for the website to function properly. These cookies ensure basic functionalities and security features of the website, anonymously.
Functional
Functional cookies help to perform certain functionalities like sharing the content of the website on social media platforms, collect feedbacks, and other third-party features.
Performance
Performance cookies are used to understand and analyze the key performance indexes of the website which helps in delivering a better user experience for the visitors.
Analytics
Analytical cookies are used to understand how visitors interact with the website. These cookies help provide information on metrics the number of visitors, bounce rate, traffic source, etc.
Advertisement
Advertisement cookies are used to provide visitors with relevant ads and marketing campaigns. These cookies track visitors across websites and collect information to provide customized ads.
Others
Other uncategorized cookies are those that are being analyzed and have not been classified into a category as yet.
SAVE & ACCEPT